Last night was my first visit to Chuck's Great Northwestern and Pacific layout in quite some time, and so I was expecting to see some new stuff. What I hadn't factored in was that Dick Sowash had been hard at work over the past year building over 80 new structures for the main city of Great Falls. It blew me away. Lots of other things to see, too, including new track and electronics. I just wanted to get a couple of shots posted quickly of Dick's work, and I'll show more later.

The photos are all from the West end of Great Falls. The eatery is in the rail yard which is situated in the middle of the layout and serves as a division point. The rest of the shots start to show the town itself which is above the yard.

Chuck's layout was the subject of an article I wrote for Model Railroader in the December 2002 (?) issue. I'll have to verify the date. Chuck and I decided last night it was time to write another article to update the vast changes and additions that have happened over the course of 10 years.

I'll post more on this layout in my modelrailroaddesign.blogspot.com blog. 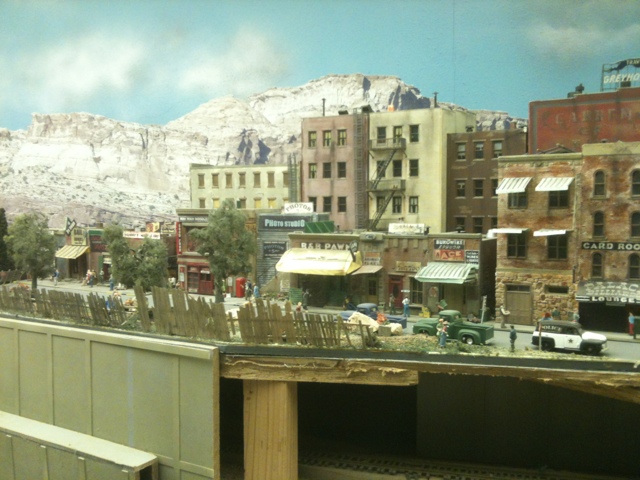 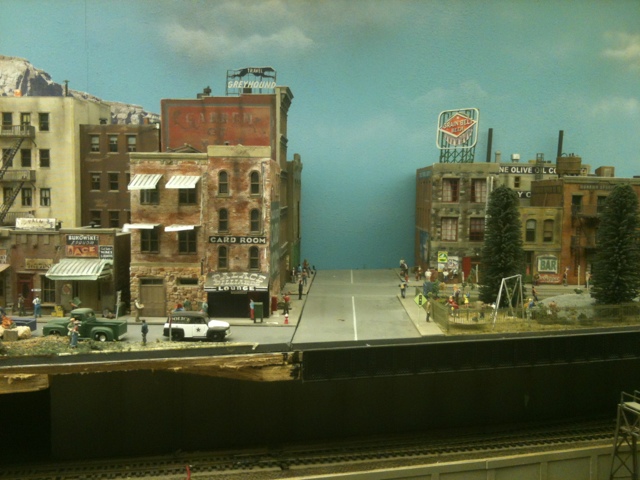 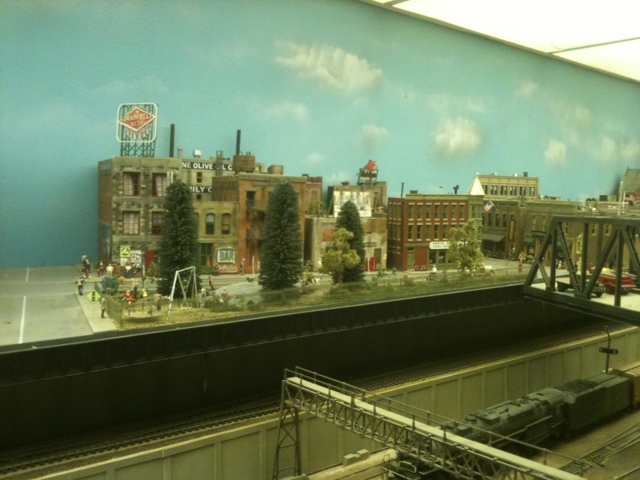 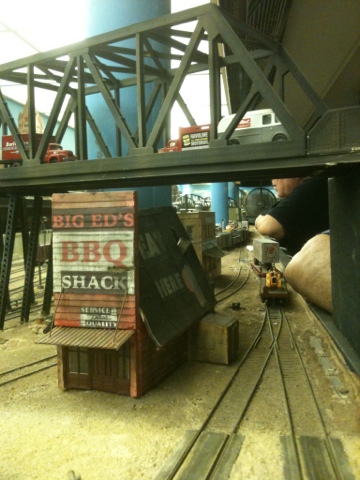