Lots of concrete at Harlem Station! I hadn't really noticed, but I guess with all of the LCL going into trucks, there needs to be an all-weather surface to keep the freight moving.

This quick sketch of a scheme is based on an equally quick interpretation of the aerial photo from 1956 and various photos. As always, please feel free to share with me any information you might have on this subject.

The freight shed is gone by my modeling date of 1959, and the new freight house expanded to cover the tracks to make an indoor unloading facility. I'm not keen on covering up all that layout area, so I'm either A) going to back date this terminal to early 50s or B) stay accurate and build just the walls of the freight house extension and lose the 'cute' freight shed building.

At this point, I would bet on 'B' if I were a viewer of this blog. (Remember: all wagering is for entertainment purposes only.)

In July of 2012 the PoNY RR Marine Shops proposed an operating carfloat service for interchange operations between pocket terminals. Today the Shops delivered the first working prototype for sea trials in the Port of New York.

Built using an old Metro Shelving TV cart, this first prototype of the Carfloater™ is manual drive with 4 large diameter swiveling rubber casters. The top portion that holds the car floats is constructed of lightweight pine 1x4s and oak 2x2 uprights, and it is affixed to the metal cart top with clamps. The upper portion is adjustable at the moment while the marine standards for the layout are being developed. The temporary float bridge at 149th (the white foam core) will be replaced with a Frenchman River float bridge that is to be installed "soon."

The large cart casters allow the float to easily navigate the carpet, and it is smooth enough that there is no fear of toppling the cars during careful movements at this point. A system for securing the cars on board needs to be developed. Later, the float carrier portion will be wider and modeled as harbor water, which will provide a place for sideways toppling cars to land instead of falling all the way to the floor. This prototype is designed to allow for up to a 36" long car float, and a locking mechanism will be developed during the testing period securing it for transfers.

All I need is a place for the Carfloater™ to sail back and forth to. In the operating scheme, traffic will be dispatched from Jersey City (this is a recent change from the originally planned modeling of Croxton yard) where there will be three lift bridges - no waiting! Jersey City could be thought of as a working staging yard, as this will be the main connection to the rest of the Erie and the United States. Until that is built, this gives me some push to start on the next pocket yard.

Sea trials are scheduled to begin later in the week and continue throughout the summer months. 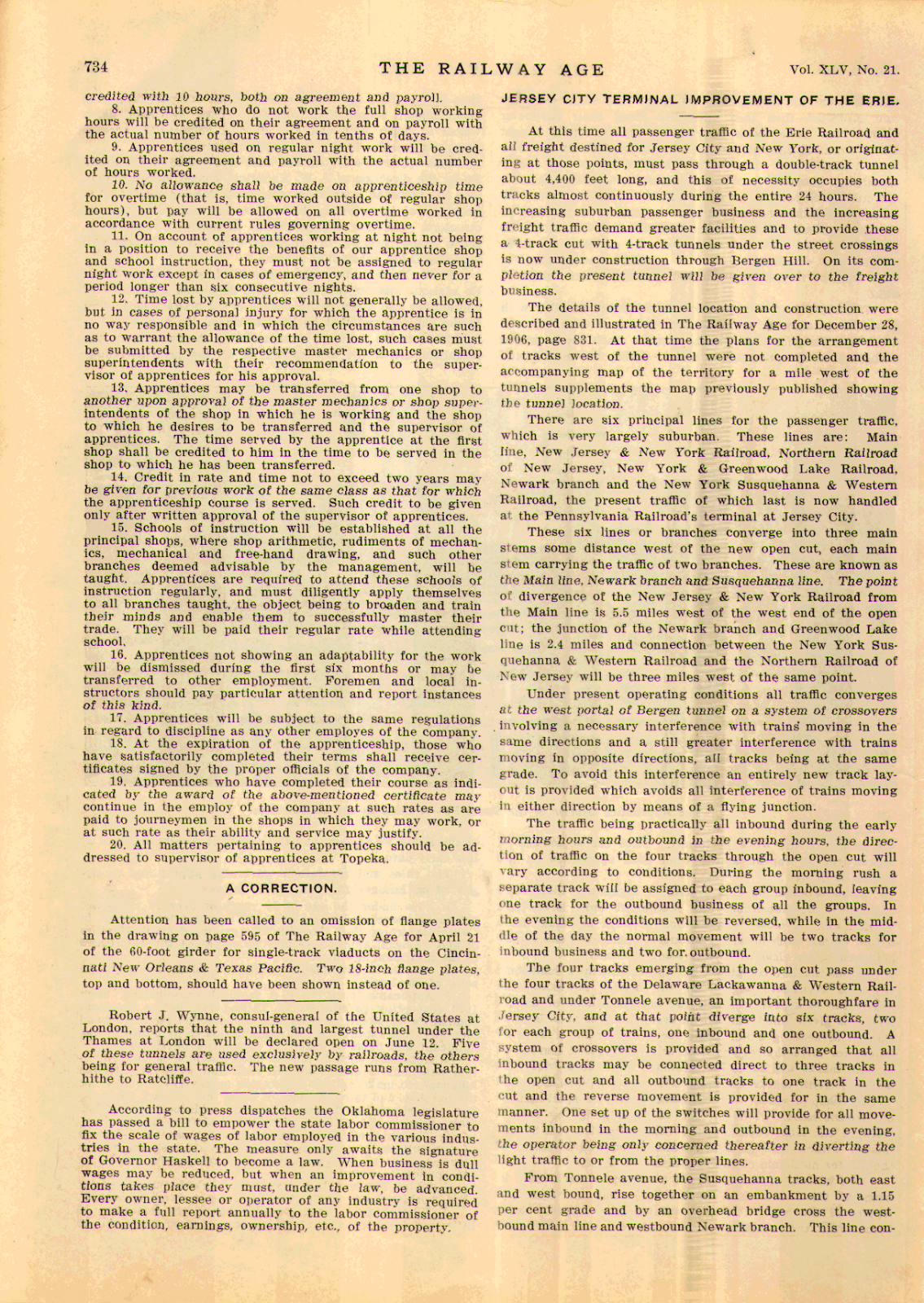 A couple of pages from May 22, 1908 issue of The Railway Age magazine showing improvements to Jersey City yard of the Erie Railroad. What a fun and complex intersection of many railroads.
Posted by Riley at 4:00 AM No comments: 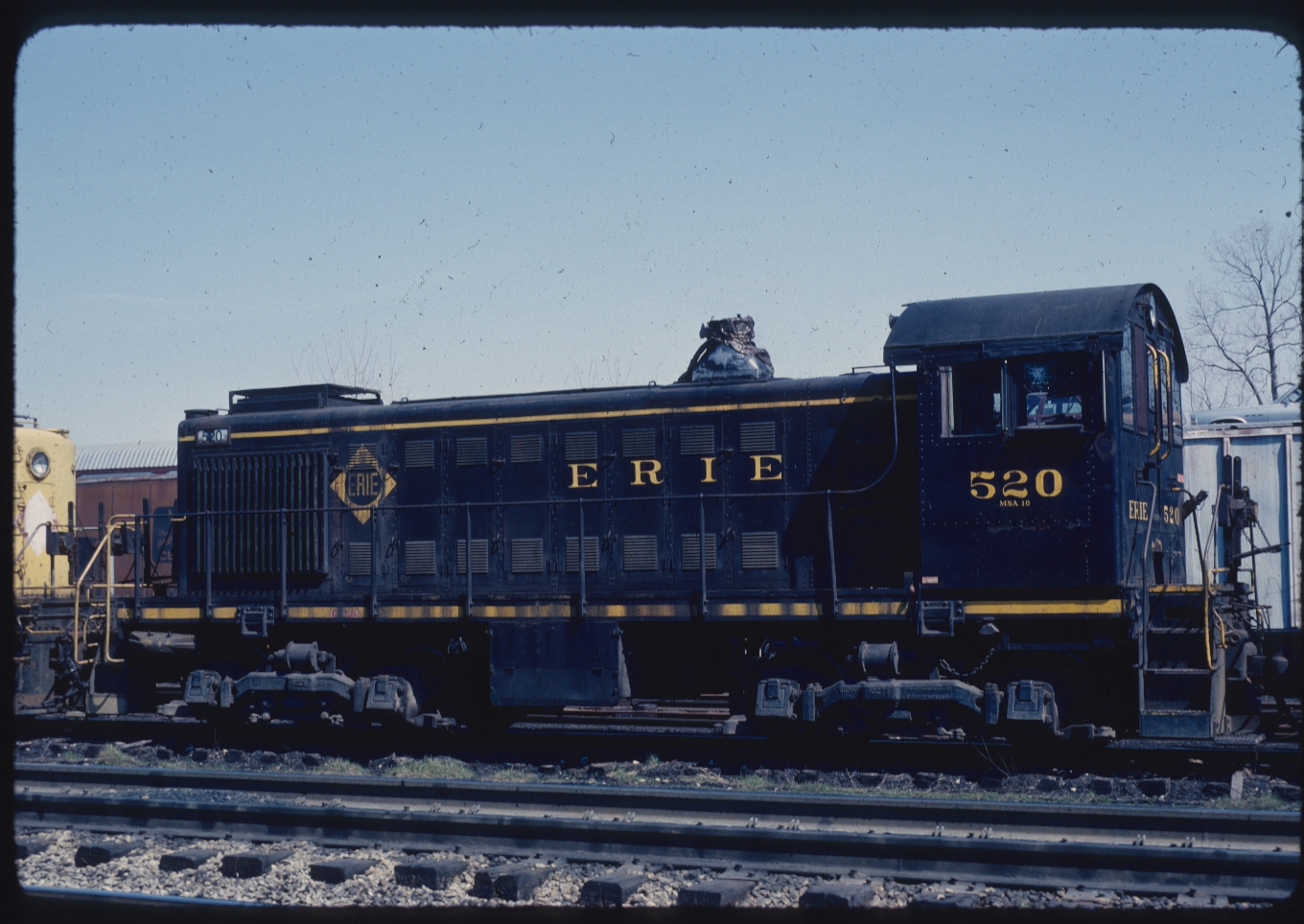 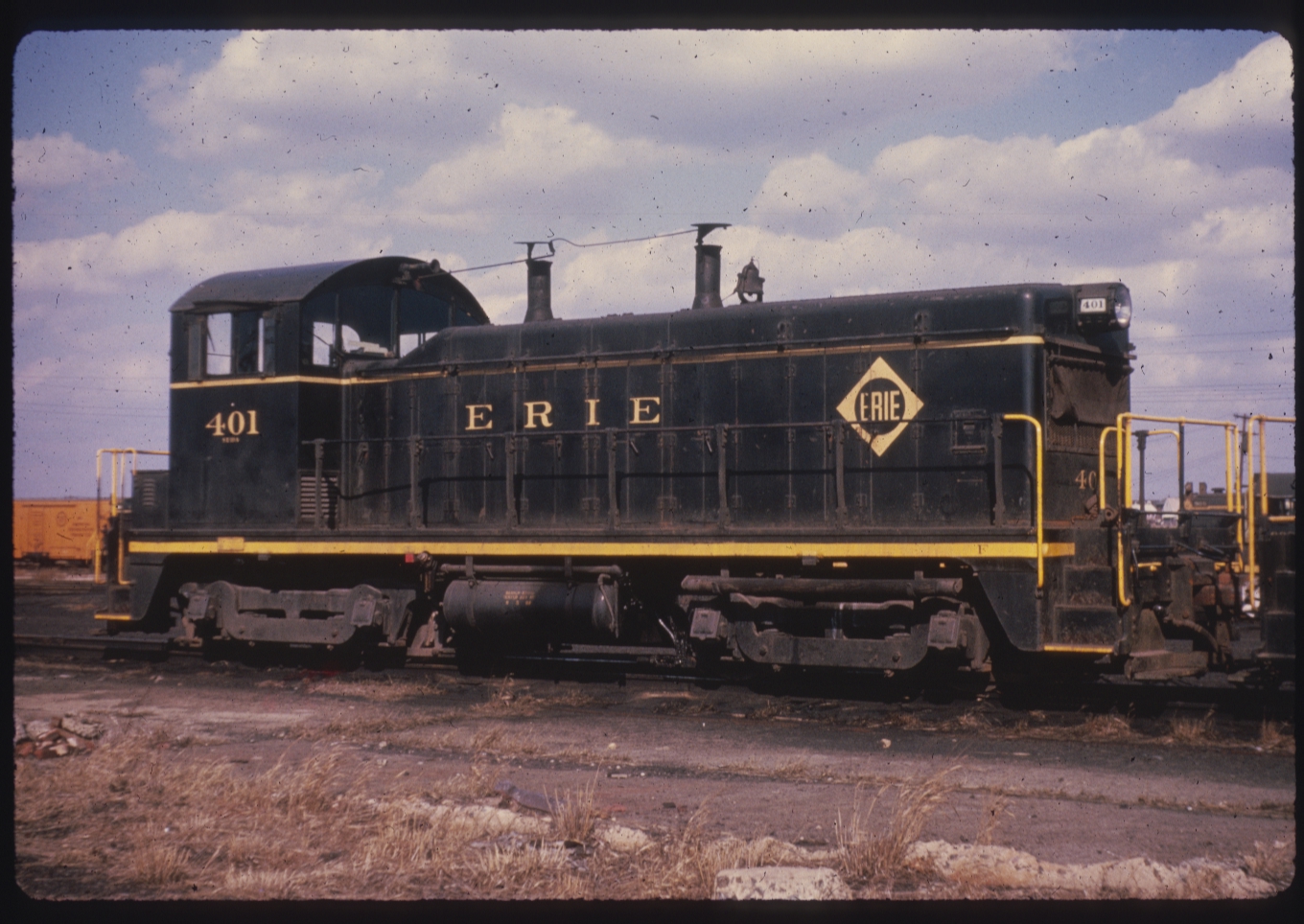 Nos. 401 and 520 in their later years. Sure, fresh, new, shiny locomotives are great, but I think these little goats get better with age and weathering.
Posted by Riley at 9:06 PM No comments: 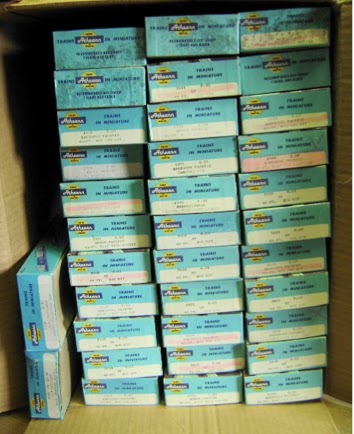 I've added a new page with a list of model products bearing the Erie roadname. It is a slow start, but eventually I hope to have a comprehensive list. I've casually searched the Internet and found no list, but if someone has already done this, please let me know!
Posted by Riley at 8:50 PM No comments:

I certainly don't count this as very applicable to anything I am modeling, but it is an interesting chart that is a comparison of the routes from the Lake Erie to New York City of the railroads New York, Albany and Buffalo, New York and Erie, and the Pennsylvania. The hatched (darkened) areas are the portions of the routes that are already completed at the time this chart was drawn.