The brochure shown below is a very good read and summarizes Erie's navy and associated operations in and around NY Harbor. It was produced some time after World War II according to the references in the text. There is a nice overview of the operations of the Erie around the harbor, and the last half is a description of a tug boat trip up to the East River and back to Erie's bustling terminal at Jersey City.

The tone of the piece is right in line with other written items of the time. There is a bit of boasting, a bit of American can-do attitude and a smattering of flowery speech. It sums up to evoke a nostalgic feeling of a lost greatness, honest industriousness, and conquering heroism that characterized the naive American approach to the world in the 50s. Compare this narrative to the plight of the individuals who were the muscle (in a couple of different ways) behind the brochure's narrative from On the Waterfront about union violence, corruption and general unpleasantness.

It was not easy work keeping NY Harbor moving, and many people suffered personally so that others could live comfortably, find opportunity and profit handsomely on their backs. So much has changed in the world since this brochure was produced, but equally as many things haven't. 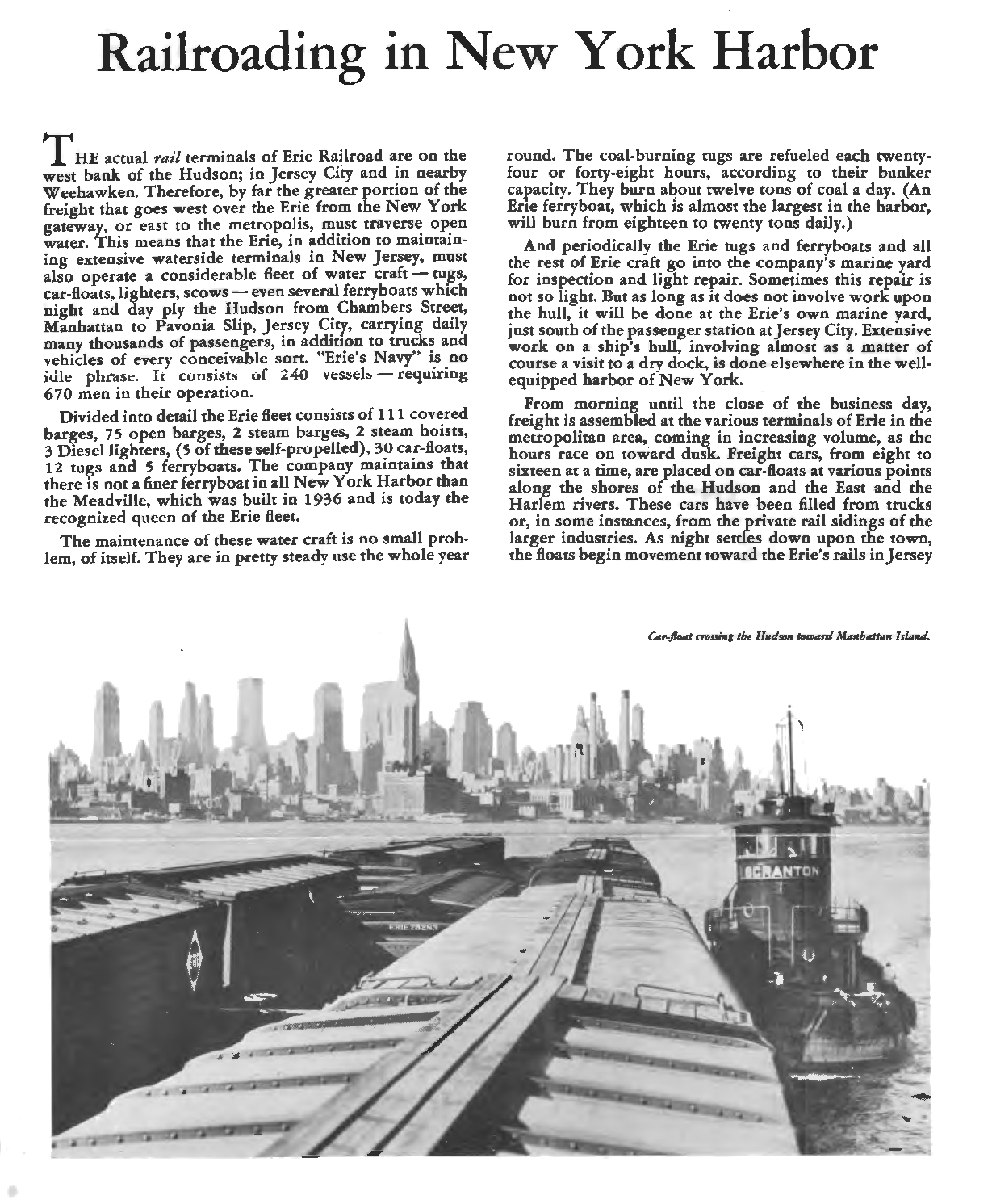 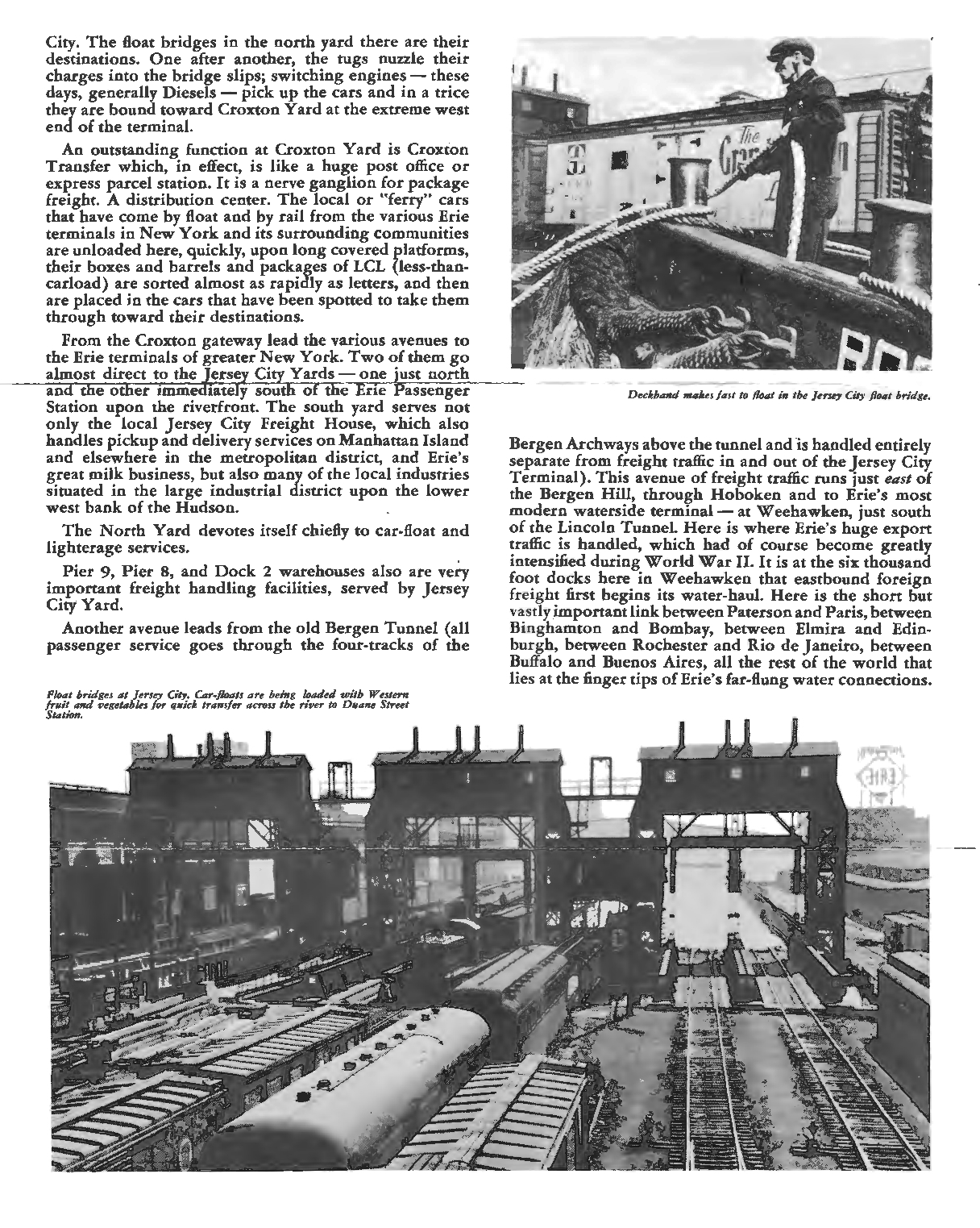 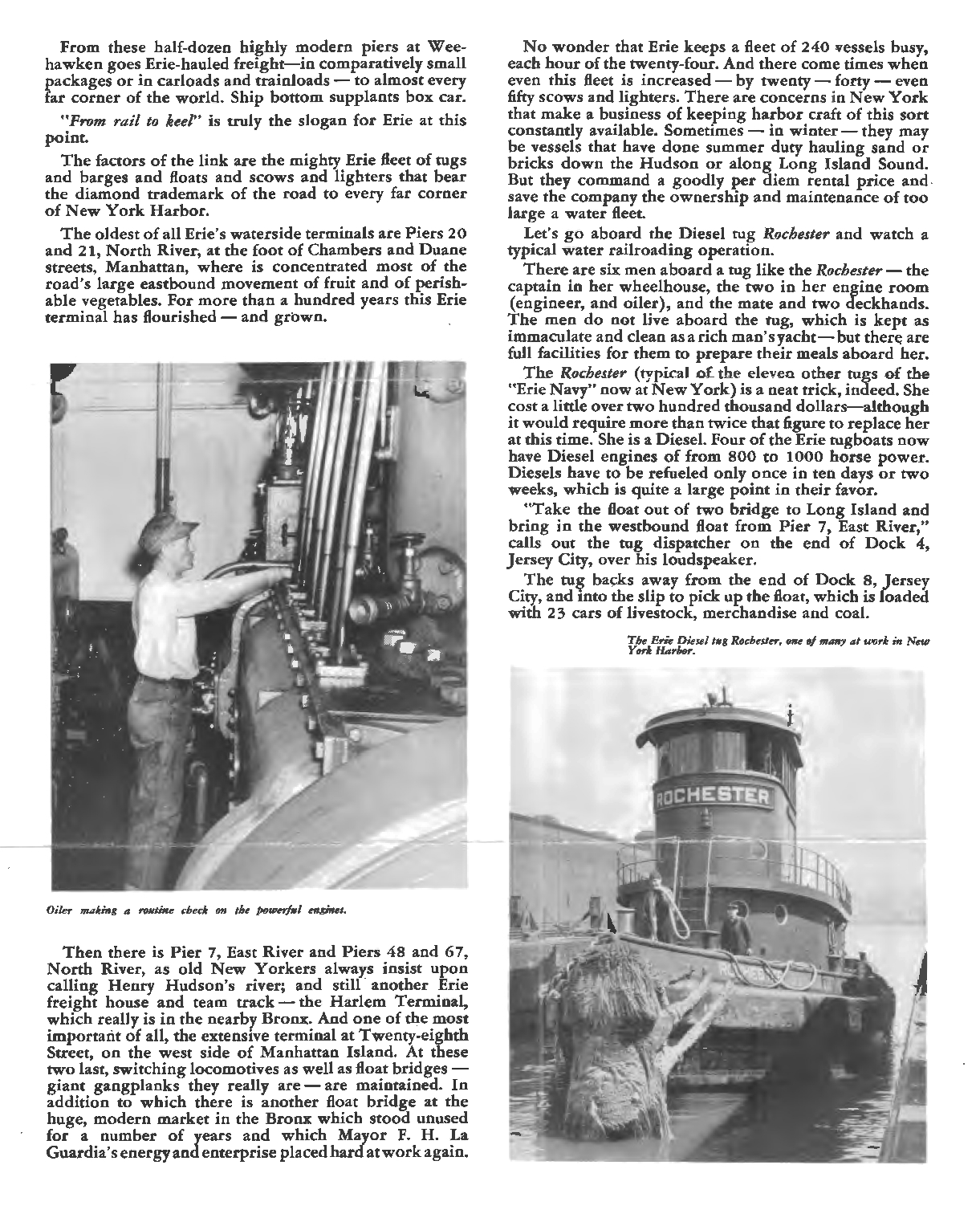 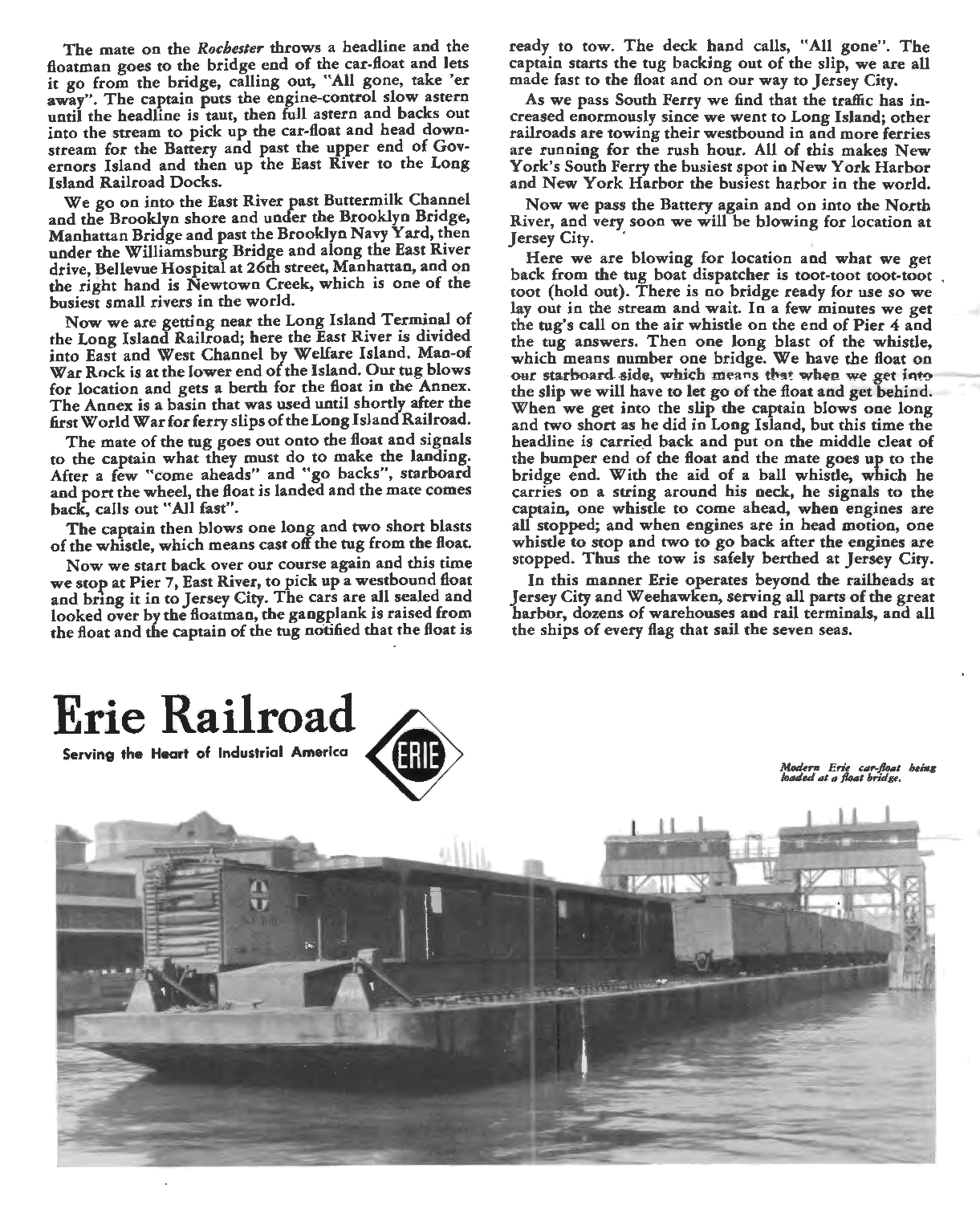