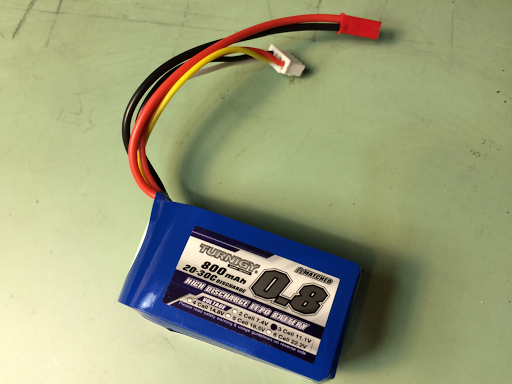 Just arrived is the latest subject for my battery trials. I received (3) 800mAh Turnigy batteries today from Hobbyking (a radio control hobby web site). I believe this may be the sweet spot for my operations and locomotives.

We had op session #5 a week ago, and operated for about 2-1/2 hours before the 500mAh equipped locomotives started to run out of gas. The lone 800mAh was just fine, so at this point I'm guessing I can get at least 3 hours out of them if not 3.5 hours.

The batteries I just bought are a good compact form factor for the current version of battery car as converted box car. Eventually I would like custom MOW street sweeper cars that the HBS prototypically carried around to keep the flange ways free of dirt and garbage. 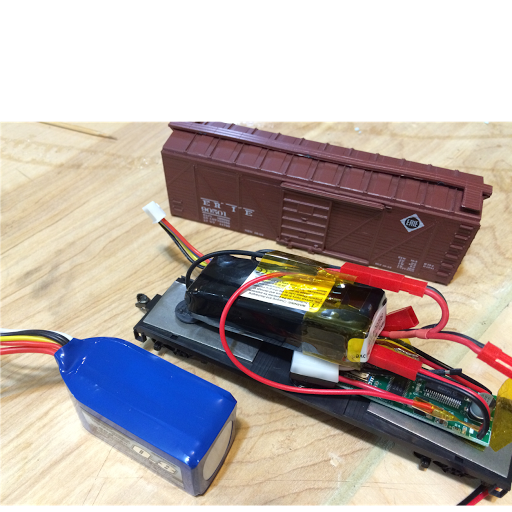 See above for comparison of sizes. I promise at some point I will do a more careful comparison of run times, battery sizes, etc. as I settle into my optimal configuration.

This installation is like a beta version .8. I'm still using JST connectors, which are a little large, but easier to plug and unplug. I've tried the tiny Soundtraxx connectors with success, but I don't really benefit from the smaller form in the spacious box car, but it may help in the future sweeper cars. 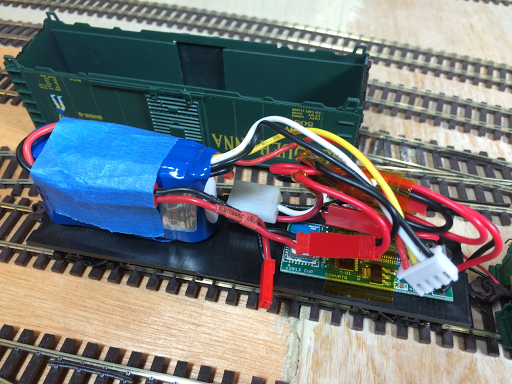 Above is current standard configuration with a 500mAh battery. The 800 should fit same space. Next release version .9 will maybe have recharging plugs accessible from bottom of car so I don't have to fish wires out of box car doors, although that does seem to work OK. I'd just like something a little more elegant when I do the sweeper cars.
Posted by Riley at 8:55 AM