I'm very excited to have acquired a copy of the January 24, 1952 revision of the Rules and Instructions for Main Line Radiotelephone Communication for the Erie Railroad Company. It is printed, well actually typed, on a set of stapled 8-1/2x11 paper that was thumb-tacked in the top corners and middle bottom at some point. I can imagine it was in a tower or office on a bulletin board where it was never referenced because there is only one tack hole in each location. I also bet it was hung very straight since it has that bottom tack - which rendered it unusable while on the bulletin board. It is also folded into quarters - maybe it was mailed to the office since there is not enough wear for it to have been stuffed in a pocket in field use. Six pages in all numbered 1-5 with a cover page bearing title and Erie herald. 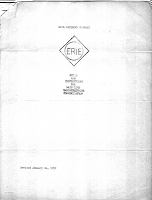 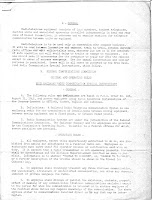 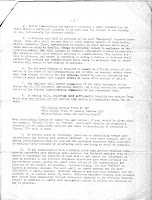 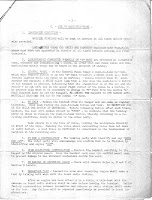 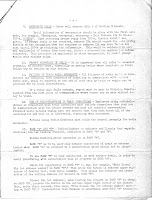 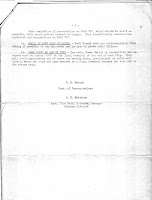 The content is, as you already can imagine, priceless. After the obligatory general conditions that describe what radio equipment is and how it should be treated, there is a very specific set of OPERATING RULES on how to use the equipment, what are appropriate conversations, how to call an emergency, etc. The meat for me kicks in with the examples of radio protocol including how to identify one's locomotive.

8. In making calls, employees will sufficiently identify the station from which they are calling and the station they desire to communicate with, for example

When identifying Diesels by number[,] the unit letter, if any, should be given also; for example, "Diesel 707-A", or, "707-D". Multi-unit diesels are frequently operated in two independent sections and there is a possibility of confusion if "Diesel 707" only is used.

How great is that? This establishes radio protocol for the layout in a few sentences and adds to the flavor of the railroad tremendously. While this is similar to procedures employed on other layouts I operate on, it is different enough that people will be in a different headspace while here just because of the difference in language usage. Modeling this aspect has the advantage of not only clear communication between operators, but it establishes the character of the railroad as much as any locomotive paint job or trackside feature could ever do, and maybe more so because the act of speaking embodies the railroad's character in the person while they are speaking and thinking in this language structure!

In addition there is a set of instructions for how the radiotelephone actually works. The references to "Band A" and "Band B" are important, as well as the fact that when hanging up the handset, it automatically returns to Band A. If I get to the point of creating a radiotelephone system, this sort of information is very valuable - much more so than the purchase price of $3.
Posted by Riley at 7:12 PM