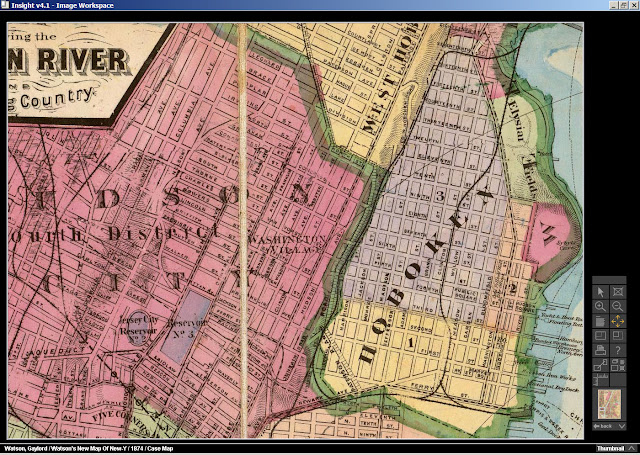 While trolling through my HBS folder this weekend, I found a couple of maps I hadn't looked at in awhile. The first one is from 1874 showing the Hoboken waterfront before the arrival of the Hoboken Railroad Warehouse and Steamship Company (later the Hoboken Manufacturers Railroad Company, and then finally the Hoboken Shore Railroad). Elyssian Fields is quite prominent overlooking the river after the first organized baseball game was played there. The New York Knickerbocker Club was using this as their home field when they hosted the New York Nine in 1846. Several clubs used the facilities in the area before the last professional game was played in 1873. Sybyl's Cave is the only thing on the future property of the Stevens Castle and later the Stevens Institute of Technology that was founded in 1870. 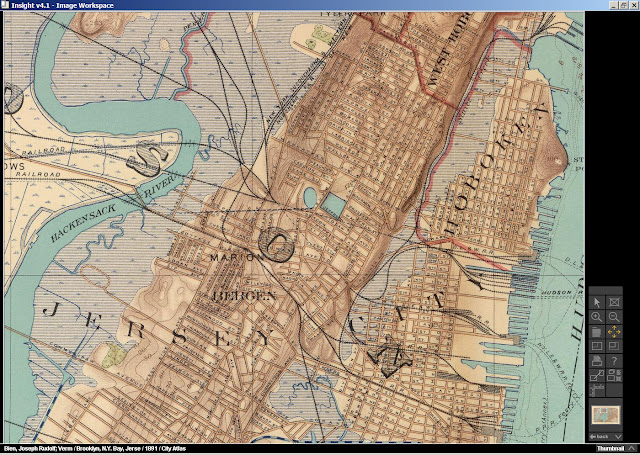 The next one is from 1891 showing more development along the Hoboken shore. More railroad tracks can be seen now in Jersey City and a little bit of Weehawken Yard and docks can be seen in the upper right corner. It is striking how much like islands these strips of land look like surrounded by marshland. Those marshes are only fit for the railroads. 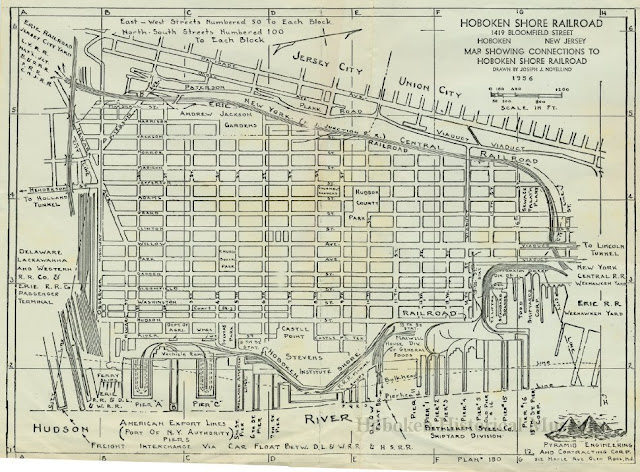 Fast forward to 1956 in this hand drafted map in the collection of the Hoboken Historical Society. The Stevens Institute dominates the center of the HBS line with the yard and Erie interchange to the right and the Port Authority piers to the left. 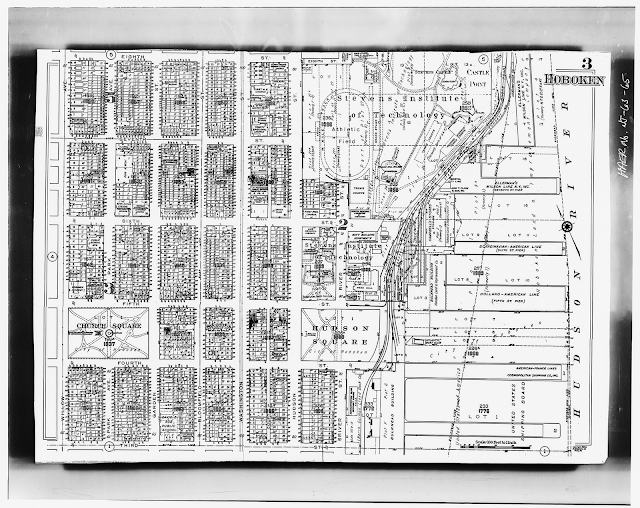 And finally a map from the Historic American Engineering Record part of the HABS/HAER/HALS Collection of the Library of Congress. I've found many great images of the HBS and Erie among others gems in this collection - it is well worth a visit. This is a nicely accurate map from 1933 and will be useful when figuring out which buildings I can accommodate on the layout and how.

I easily get lost for hours looking at maps, so viewer beware!
Posted by Riley at 6:00 AM